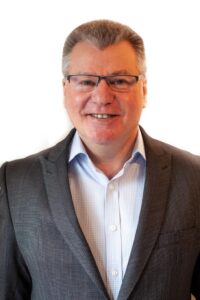 There can be times when the potential for a new technology can leapfrog the ability of a regulatory framework to deliver it. We must make sure that the rapid advances being made in digitally controlled rainwater reuse technologies are not caught in this trap.

Advances in smart rainwater reuse and active stormwater attenuation have the promise to ‘future-proof’ sustainable drainage designs and deliver much needed water efficiency benefits. So, let’s make sure we have the statutory guidance to fully embrace their potential.

A rethink of regulation and supporting guidance for Sustainable Drainage Systems (SuDS) has been promised in England, starting last month (October), which I covered in an earlier Blog. An initiative has also been completed with broad industry consultation to provide more robust technical standards for SuDS than have previously been available. At the same time, we know that the bible for engineers who design SuDS – CIRIA C753 The SuDS Manual – is also due for an important update.

Let’s be clear: The common-sense approach of reusing rainwater collected for surface water drainage is far from new. Indeed, it was clearly stated as a priority in the design hierarchy in the SuDS manual. But, over time, water reuse has been side-lined as a priority design consideration, and it was even left out of the Government’s own Planning Practice Guidance. It makes sense: if you are collecting water onsite – then why not reuse it? What is the point of sending perfectly usable rainwater to be discharged into a drain or sewer, only to call for expensively treated mains water instead?

So, the Recommendations to Update Non-Statutory Technical Standards for Sustainable Drainage Systems (SuDS) reinstate water reuse as the first consideration in the design hierarchy. Reuse is envisaged as an important way for developers to demonstrate they are deploying SuDS for “multiple benefits”.

According to the Government research document that accompanies the revised standards, the objective is that rainwater reuse should be “robustly considered wherever it would provide a valuable contribution to water security and a safe, cost-effective water supply option”.

The need to align rainwater reuse through SuDS with other emergent regulations and guidance is crystal clear and well-articulated in the research report. This includes supporting the optional 110 litres per person per day consumption standard for new homes in water-stressed areas, through the current Building Regulations. Earlier this year, the Government doubled the number of Water Company regions officially designated as water-stressed to cover most of Central and Southern England; I discussed this in a previous Blog.

The prioritisation of rainwater harvesting also aligns with the Water UK Design and Construction Guidance (DCG) and with the active promotion of rainwater harvesting through the London Plan. In London, several flagship commercial and residential schemes have resulted and SDS has been closely involved in delivering them, including Southbank Place and 100 Liverpool Street. 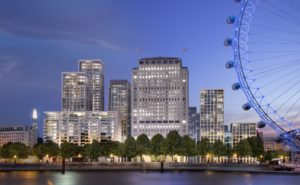 But, until now, there has been a lack of clarity for drainage designers who wish to demonstrate that an attenuation system can be used for water reuse as well as part of the engineered flood mitigation. A lack of guidance and knowledge has left both developers and planners feeling understandably cautious.

At SDS, we know that actively controlled storm water tanks enabled with smart, digital technology, can be used successfully for both rainwater reuse and storm water storage. They can support both the 1-in-100-year heavy rainstorms, and the ‘every day’ rainfall events that are envisaged in the revised standards.

Just as with a conventional storm water tank, the designed storage volume is still available to prevent flash flooding in intense storms, or during prolonged rainfall. Smart rainwater attenuation and reuse systems, like SDS Intellistorm®, ensure this by using weather forecast data to lower the levels in rainwater collection tanks sufficiently to deliver the required storage volumes. These systems are ‘safe to fail’, which means they always revert to providing the safe, designed storm water attenuation in the highly unlikely event of any kind of system failure.

In the past, the lack of clarity and guidance for emergent smart rainwater management systems has meant that developers, whether of new housing estates or commercial buildings, have been advised they need to invest in multiple rainwater tanks, even though the technology renders them unnecessary. So, the option becomes unaffordable.

We also know that to achieve groundwater replenishment, amenity and biodiversity benefits, it may be desirable to incorporate a proportion of sustainable drainage storage above ground, to enable a vegetative component. Well, it should be straightforward to design the total storage volumes and enable the right amount of nature-based features on the site, alongside the collected water for reuse, in a well-designed and integrated management train.

As leaders and pioneers in smart storm water technologies, SDS is keen that appropriate supporting design guidance is developed so that an active attenuation and reuse system can be designed as the destination for storm water, as set out in Standard 1, as well as potentially also having the ability to provide at-source attenuation as part of Standard 2.

A critical part of ensuring the correct guidance to future-proof statutory SuDS standards will be the forthcoming update to CIRIA C753 The SuDS Manual, a process which is just getting underway. As an industry, we will need to work hard to make sure that the technologies are fully recognised and documented within the next update of the Manual, so they can support not only Government policy and legislation, but also design guidance provided by Local Authority planners and Water Companies, which many engineers and developers rely on.

So, just as the energy industry is gearing up for a rapid revolution in renewable technologies and the use of electric cars, let’s make sure that the opportunities presented by the digital revolution for the water industry are fully understood and recognised in supporting guidance and policy.