ARE YOU familiar with the concept of Water Neutrality? The chances are, like most people, the term ‘carbon neutral’ is much more familiar and understandable to you. Many of us, in our personal or professional lives, are used to thinking about our carbon footprint. But what about your water footprint? Have you ever thought about that?

I’m not saying energy and carbon saving aren’t vital if we are to reverse global warming. But, we rely on water to live. We can’t live without it for even a few days. And yet, we take water for granted – and we waste it, loads of it. Treating and managing water has its own carbon cost, too; we will never get to carbon neutral without addressing what it takes to become water neutral as well.

Water neutrality is not just a subject for theoretical contemplation. It’s already making an impact on people’s lives in the UK and it will not go away. In one area of Sussex, the Local Plan to build 17,000 new homes was halted last year, and a moratorium placed on all new developments unless they can be demonstrated to be water neutral. The ban was imposed after Natural England decided enough was enough, following over-abstraction of water from the local environment. The amount of water being taken from the sensitive River Arun could no longer be tolerated.

Water neutrality is where a new development must not result in any increase in demand for mains water within the planning area in which it is situated. It’s something that local people, developers and businesses in Sussex are already having to live with. How long will it be before other places follow suit?

Experience from my home country 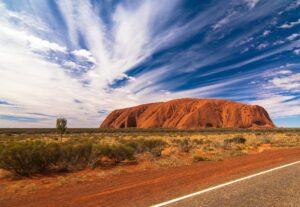 I am an Australian. I was brought up on a farm in the State of Western Australia where living with drought was a way of life. Parts of my country are used to droughts that last for years. As a child, I lived where there was no such thing as mains water running freely from a tap. Water had to be collected and recycled. Even when I went to Curtin University, an hour and a half outside of the urban sprawl of Perth, water was scarce, and it was not uncommon for me to go to the swimming pool to get a bath.

When you know that water will run out if you use too much of it, you have a different mentality.

You can’t magic up water.

My career in the water industry has partly been forged on this contrast: when I came to live in Britain as an adult, it seemed to me to be grey and raining all the time! Yet, now 80% of the UK is classed as water-stressed. That would baffle most Australians.

How do we even begin to calculate our water footprint and aim to become water neutral? Most of us would find it difficult to know where to start. Before we even begin, we must assign water its true value.

The Hollywood actor Matt Damon famously made people stop and think about the value of water in a stunt at one American hotel. Guests were denied water for six hours. It made them angry. Then they were played a film showing them what it is like for millions of people in the developing world who have to walk six hours a day just to get water to survive. It made them cry. If you haven’t watched the video “The Wait for Water”, you can find it on YouTube.

Some parts of the UK are at serious risk of not having enough water in less than 20 years’ time. The dual forces of population growth and a straining water infrastructure have led to massive pressure on our water supply. Yet, compared to other European countries, water here is cheap; most people expect water to be almost infinitely and freely available.

Our demand for water will continue to exceed supply until we attach greater value to it and manage it properly. In other countries, people are used to restrictions with their mains water usage. Yet, many people in the UK feel affronted if they are even prevented from watering their lawns for just a few days.

In Australia, basic rainwater harvesting systems are commonplace. Rainwater recycling is one of the oldest, and simplest, water technologies; systems do not need to be complicated or expensive. If water reuse were widely introduced in homes across the UK, it would go a long way to closing the gap between predicted demand and supply. 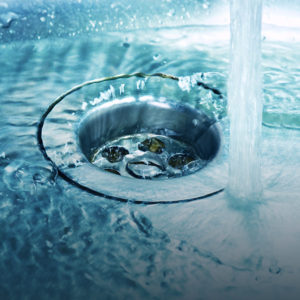 Just as we are waking up to the concept of managing rainwater at source to prevent flooding, we need to consider water consumption in the same way. We waste heavily treated mains drinking water, flushing 30% of it straight down the toilet. Instead of reusing it, we send excess water into our sewers. Instead of capturing it where it falls and reusing it, we allow rainwater to flow off our roofs and drive into an overloaded drainage infrastructure.

I make no apologies for being passionate about the possibilities of our water reuse technologies to make a difference to future demand management in the UK. SDS also understands the close connection between dealing with the problems of surface water and sewer flooding and the need to collect rainwater, and conserve grey water, for reuse. We have developed digital monitoring and control technologies, such as SDS Intellistorm®, to optimise the performance of dual-purpose systems that mitigate flooding and provide water for reuse at the same time.

We’re also proud to be working on visionary projects to demonstrate the practicalities of rainwater reuse systems. These include Barratt Developments’ pioneering Z-House Project in Salford and the first at-scale installations of rainwater harvesting on a new, 1,000-home development as part of the Ofwat-funded Water Breakthrough Challenge.

Read the stories on our website to find out more about these projects.