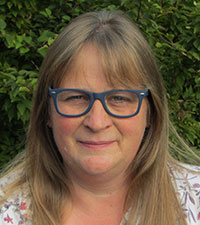 Tyres shed microplastics; those particles build up on our roads in large volumes; they get carried into rivers when it rains heavily: simple facts that should hardly be a surprise to anyone who has ever replaced a worn-out tyre. 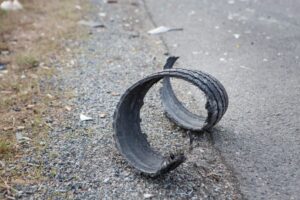 So why are tyre microplastics barely recognised as a source of persistent and pervasive pollution in the water environment? How can something so blindingly obvious have become such a blind spot for pollution control?

Is our love affair with the automobile so strong that we blank it out? Probably. Has this microscopic pollution become invisible to the public conscience? Certainly. Is this a case of one public body ill-equipped to regulate another? Highly likely…

We may ponder these conundrums, but, meanwhile, evidence that the pollution exists and is grave, is mounting. For sure, peer-reviewed evidence of how tyre microplastics cause pollution, their pathways through the environment and their effects on ecosystems, aquatic and plant life – even on human beings – is urgently needed. And it is coming.

There seems to be plenty of money available to fund further research and answer important questions about the nature and extent of its impacts. But, when it comes to actually cleaning up, tyre microplastics have become a big fat elephant in the room. We already know this pollution is happening now, and we already know how to prevent it.

A report by the University of Plymouth, published in May 2020 and commissioned by the Department for Environment, Food and Rural Affairs (DEFRA) was the first to provide empirical evidence that plastic particles from tyres in road runoff could be contaminating up to 100 million square metres of the UK’s river network and 50 million square metres of estuarine and coastal waters.

It has followed on from other modelling studies, most notably the Eunomia report: Reducing Household Contributions to Marine Plastic Pollution, commissioned by Friends of the Earth (FoE) and published in November 2018. Applying UK traffic statistics to tyre wear data, the study calculates 68,000 tonnes of microplastics are released from tyre abrasion in the UK every year with 7,000 – 19,000 tonnes entering surface waters annually. Those estimates could well prove to be conservative, but do we really need to wait for a more accurate measurement?

There is ample evidence that aquatic species and birds ingest microplastics. Most recently, research from America’s West Coast strongly points to stormwater containing the toxic compound 6PPD-quinone, a globally ubiquitous tyre-rubber antioxidant being linked to the widespread, and previously unexplained, deaths of adult salmon.

It’s not so much the microplastics particles themselves that are likely to be causing the most harm. Although plastic pollution is more likely to catch a headline, tyre-wear particles are only one ingredient in the toxic cocktail of chemicals in road runoff. The polluting particles emitted by tyres, brakes and exhaust fumes include copper, zinc and Polycyclic Aromatic Hydrocarbons (PAHs), particularly benzo[a]pyrene which is classed as a ‘Substance of Very High Concern’ under the European REACH regulations.

These toxic metals and PAHs cause gross and toxic pollution every time it rains and, while the microplastic particles from tyres themselves may be relatively inert, other pollutants tend to stick to plastics, so they are more readily transported into the environment. 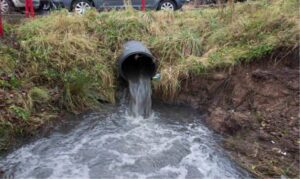 When it rains these mutagenic, carcinogenic, bio-accumulative chemicals are discharged via highway drainage outfalls. They bind to sediment that also silts and chokes the rivers, and some metals dissolve in the surface water.

So where is this pollution happening in UK waters?

There are more than one million discharges of highway runoff across the UK, and we know where some of the worst pollution is likely to be. Highways England, through its ‘Highways Agency Water Risk Assessment Tool (HAWRAT)’, has identified 2,500 high-risk pollution locations as part of its ongoing Priority Outfall Programme. But, it has only installed treatment systems on 30 outfalls over the past five years. Altogether, it owns and operates more than 25,000 outfalls that all discharge tyre-wear particles, PAHs and toxic metals into our waters. How much pollution are we prepared to tolerate?

The scandal of routine sewage pollution from Combined Sewer Outfalls into our rivers and onto our beaches by Water Companies across the UK has rightly come to the forefront of public debate in recent weeks, amplified by Joe Crowley’s recent Panorama expose, as well as the campaigning work of Feargal Sharkey and great organisations like the Rivers Trust.

Recently, campaigners won a bid to designate the River Wharfe at Ilkley in Yorkshire as safe for bathing. Although the river has still been designated as having ‘poor’ water quality, the focus has been on giving it a status as a benchmark to clean up sewage pollution.

Yet, highway runoff is also entering the Wharfe from the M1, and from the A59 or A65 just upstream of Ilkley. The PAHs entering the river will include compounds such as benzo(a)pyrene, a chemical which is known to be carcinogenic, mutagenic and bio-accumulative. It’s not the kind of substance you would want to be swimming in. Just like so many rivers, we won’t clean them up, and make them safe for aquatic life and for humans, if we don’t take action to prevent highway runoff pollution as well as sewage. 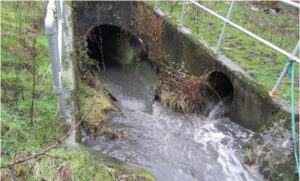 Back to the tyre particle research, and the University of Plymouth report concludes that measures are needed to capture tyre microplastics at the roadside. These highway outfalls are neither too difficult, costly, nor complex to tackle using Sustainable Drainage Systems (SuDS) to control pollution at source. The good news is that there is a wide variety of very good passive systems available to treat highway runoff, which will also take out microplastics before they harm our water environments.

Indeed, the Highways England Design Manual for Roads & Bridges and the CIRIA SuDS Manual C753 both detail manufactured devices and sustainable drainage components that can reduce this pollution.

Filter drains retain suspended solids in the spaces between the stones. Innovative new engineered media can be added to filter drains to capture dissolved heavy metals. Sedimentation devices such as vortex separators, oil water separators, SuDS ponds and basins will capture and retain tyre particles. Unlike the simple sumps widely installed in roads across the country, they will prevent the sediment from being washed out when it rains. The solution depends on the site; especially at high risk locations, a management train of treatment devices is advisable to keep persistent bio-accumulative chemicals out of the environment.

New smart sensing and remote monitoring technologies are also being developed that can measure the deposited sediment in gully pots and vortex separators so that maintenance is targeted and costs minimised.

Installing stormwater treatment devices is a significant investment, and they also need to be properly maintained. So, we need to prioritise the worst polluting outfalls, and find ways of  designing and looking after them cost-effectively. We should also look to empower, and fund, wildlife charities, angling clubs and great organisations like the Rivers Trust to help co-ordinate effective design and delivery. A few visionary local authorities, such as Enfield, are also doing great work to retrofit schemes where they can.

Further research will build our knowledge of tyre microplastics’ pollution and perhaps help to justify the investments involved. But what price can we put on preventing our rivers from being poisoned? 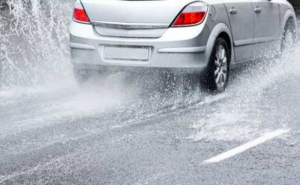 SuDS device manufacturers, including SDS, will gladly work with Defra to further develop the available and new technologies including the addition of smart monitoring and control technologies. In the meantime, our aquatic wildlife cannot afford to wait or some species might have disappeared by the time anyone gets around to fixing the pollution.

Research evidence is vital, but, in the meantime, we already have the tools and the knowhow to act. All we need is the will.